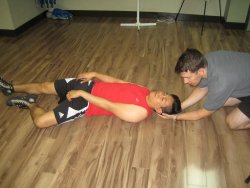 Plague is a disease caused by a type of bacteria known as Yersinia pestis. It has been with us for at least 2,000 years and can still be found in many parts of the world.

Plague is made up of three different kinds.

Pneumonic. This involves the continent of the lungs.

Bubonic. This is the most common form of the plague. It involves the body’s lymphatic system.

Septicemic. This form involves bloodstreams and can spreads throughout the body. Septicemic plague can appear alone or along with the other kinds of plague as well.

Rats and fleas often are closely related to plague, as they are the primary hosts of the disease. Other types of rodents and their fleas may carry plague as well.

The bacteria can be passed on to humans when they are bitten by fleas that have fed on any other infected animals, such as rats, squirrels, rabbits, dogs and chipmunks.

It can also enter your body if there’s a break in your skin that makes contact with the blood of an infected animal. Even cats can get infected with plague due to flea bites or eating infected rodents.

Pneumonic plague that affects the lungs, can be spread by the inhaling of infectious droplets released into the air by the cough or sneeze of a sick animal or person.

Symptoms usually appear 2 to 6 days after contact with the infection. Sudden fevers, and headache, followed by swollen, and painful lymph nodes are known as buboes. These are the characteristics of the bubonic plague. Lymph nodes at groin are usually affected. If left untreated, the infection can spread into the bloodstream, ultimately causing death.

In the case of a septicemic plague, the bacteria multiplies in the blood. Symptoms include fever, chills, weakness, abdominal pain, vomiting, and nausea. As the infection worsens, blood pressure drops and there will be blood clotting problems. The skin may look bruised due to uncontrolled bleeding.

As for the pneumonic form of plague, it takes hold very quickly, symptoms may include fever, cough, chills, bloody sputum, chest pain, and headaches. Respiratory failure and shock may follow up within the next 2 to 4 days.

Treatment for plague is very important and should not be overlooked. Without immediate treatment, plagues such as the bubonic plague can be fatal in 50 to 60 percent of cases. As for Septicemic plague and pneumonic plague that are not treated within the next 24 to 48 hours can be fatal.

Suspected plague patients will be isolated and hospitalized. Here, they will be treated with antibiotics, intravenous fluids, and oxygen. Powerful antibiotics such as gentamicin, doxycycline, and ciprofloxacin will be administered to help with the condition of the patient. Those who have come in close contact with a plague carrier must also be treated with antibiotics to prevent spreading of the infection. Treatment for plague may take a few weeks. Complications may include the damaging of vital organs of the body.

If you suspect that you have come into contact with any sort of plague, do get help immediately for your nearest healthcare provider.