You Are Here: Home » Skin Disease » How to treat eczema in toddlers

How to treat eczema in toddlers

Toddlers are children between the age of 1-2 years and eczema is a chronic skin condition that is common in toddlers and infants. These are raised, red-colored, rough and severe itchy patches that are dry or oozing. These are commonly caused by atopic dermatitis. Atopic dermatitis is hypersensitivity to certain kind of allergens that are present in the environment. Eczema usually starts in the first few years of life and disappears when he/she reaches the age of five or six or reaches adolescent, but in between those years, there is a relapse and reappearance of the condition.

Causes of eczema in toddlers 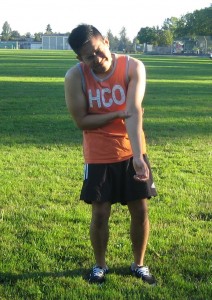 When it comes to skin irritation among toddlers, it can be seen in the elbows and knees.

Symptoms of eczema on toddlers

If you want to properly manage the symptoms of eczema in toddlers, all you have to do is enroll in a class on first aid today.