You Are Here: Home » Being Prepared » Emergency Approach During Bombing Incidents 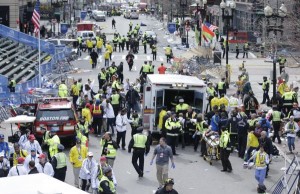 during such events where hundreds and even thousands of victims will be needing care of which a majority of injured individuals will not be properly given care in a common hospital emergency plan.

The need for an effective emergency approach during bombing incidents is indicative that the growing threat of terrorist attack is becoming a reality ever since the 9/11 attacks on New York, prompted the health sector around the world to bolster its preparations for an unprecedented terror attack which will affect many people causing massive injuries and mortality.

Why the need for a medical emergency approach during bombing incidents?

There is a need to establish a medical emergency approach during bombing incidents especially that the diversity,  quantity and severity of mass injuries can straightforwardly overwhelm the ability of local medical personnel and their limited resources to deliver a definitive and comprehensive medical care to all victims involved in disasters which are predominantly involving terrorists.  Such injuries can result from intentional bombings or accidental explosions wherein such large scale blasts can lead to massive number of victims wherein medical systems can be overloaded and overwhelmed unless adequate preparation and training is done beforehand.

Bombing incidents through the use of improvised bombs are indeed one of the disastrous handy works of terrorists as compared to similar other weapons of mass destruction mainly because bombs or improvised explosive devices are relatively cheap, easy to design and assemble and significantly cripples the community affected by leaving many injured and dead. Psychological trauma supersedes physical injuries which can persist for longer periods of time and can significantly affect victims even long after surviving the incident. The health sector, if not sufficiently prepared to handle such an event can be drained of its resources and leave many victims unattended which will result in chaos within the health care delivery system.

The sudden and successive delivery of injured individuals with severe blast injuries amounting to several hundred can significantly take its toll among health care providers and the limited resources the health facility. The potential morbidity and mortality that follows following bombing attacks can be theoretically be avoided or can be effectively managed by having in place special preparation protocols and emergency operations plan to effectively deal with possible blast events that produces mass injuries and casualties.

The medical and surgical treatment of bomb related blast injuries suffered by victims of unprecedented bombings is exhaustively described in many literary forms. It follows that when victims are relatively few in number, management can be easily monitored and controlled within pre-established standard hospital protocols. However, in the case of multi-casualty events whenever the number of victims exceeds the effective response capacity, a contingency plan must be initiated and implemented to better control the situation.

Explosions and bombing incidents are just among the few instantaneous traumatic disaster events that can produce massive counts of casualties that would require immediate medical attention. Moreover, the possible presence of hazardous materials in an already problematic situation can significantly complicate and make severe the constraints of medical response. Bombing incidents with Biohazard contents is no longer an uncommon possibility which emergency department disaster plans should take into account.