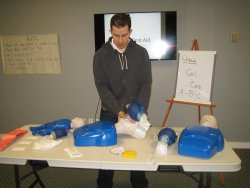 Systemic Lupus Erythematosus (SLE), also known by the name of lupus is an autoimmune disorder, in which a person immune system harms the healthy cells of the body causing the disease. It is a chronic inflammatory disease and can occur in any part of the body. Its occurrence is seen on the skin, joints, kidneys, heart, brain, blood or bones.

Systemic Lupus Erythematosus can occur in any person irrespective of age, race and sex. However, statistics shows that it is more common between women between the ages of 15-45 years. In United States, it is more commonly seen in darker skinned people.

Although, it is not known to be directly inherited, yet it is seen to run in families. If there is someone in your close family affected by it, then the risk of the development of the disease for you increases. Certain environmental factors can also lead to the occurrence of the disease such as:

In 90% of the cases of systemic lupus Erythematosus, the symptoms first occur in the skin in the form of skin lesions. The common areas where the lesions occur are:

Systemic Lupus Erythematosus is characterized by the butterfly rash in which the cheeks and the bridge of the nose reddens due to sun exposure. Rashes can also develop on the arms and trunk. In case the infection is on the fingernails, they can become inflamed and red.

Small and painless ulcers can develop in the nose and mouth. When the infection is on the scalp, you might notice hair loss. Other symptoms of this disorder are as follows:

There is no care for Systemic Lupus Erythematosus; however there are several self care measures that you can take to avoid its occurrence.

In case you have rashes long with fever and fatigue, consult your doctor immediately. Your doctor will first diagnose your disease. For that you might have to undergo several tests. He will then prescribe an appropriate treatment which may include immune suppressing medication, corticosteroids and anti-inflammatory medicines.