You Are Here: Home » Being Prepared » First Aid for a Casualty Suffering from a Stroke

First Aid for a Casualty Suffering from a Stroke

A relentless stroke can cause death.  A less brutal stroke can cause brain damage, which also damages certain body functions, depending on the section of the brain affected. In both heart attack and stroke, hardening of the arteries is the main cause. Over time, the arteries become narrowed and finally a clot blocks a narrowed artery

A condition related to a stroke is a transient ischaemic attack (TIA). A TIA is caused by a shortage of oxygen to a part of the brain. It has the similar signs and symptoms of a stroke. Even though, a TIA is not dangerous, it is a warning sign that a stroke might pursue.

Signs and Symptoms of a Stroke

Facial droop – one side of the face might sag compared to the other side.

Arm movement – have the casualty stretch both arms out. One arm might not move compared to the other arm.

Speech – the casualty slurs while talking, uses inaccurate words or is not able to talk.

Time – get instant medical assistance. The quicker a stroke is treated – the superior the outcome. 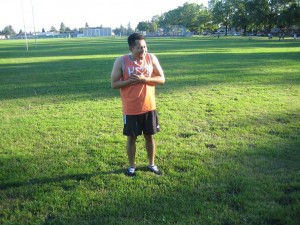 In both heart attack and stroke, hardening of the arteries is the main cause

Weakness: Unexpected weakness, lack of feeling or stinging in the face, arm or leg.

Vision: Swift loss of vision, mainly in one eye or even double vision.

First Aid for a Stroke Casualty

A first aider cannot tell whether the casualty is having a stroke or a TIA, so the first aid is the same for both. If the signs and symptoms pass after a few minutes, suggesting the problem was a TIA, tell the casualty to see a doctor – a stroke could follow.