You Are Here: Home » CPR and First Aid Training » Suffocation leads to Asphyxiation 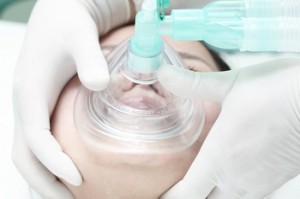 Kids often play with plastic bags and enjoy putting over their heads using them as toys, unknowing of the possible consequences. Death can become of anyone who tries to put a plastic over their head. When plastic bags are placed over the head, the casualty is capable of breathing out but cannot breathe in because the plastic gets sucked onto the face. The common tendency is to panic and often tend to forget that easiest way to get out of it is to create a hole. Due to the inhalation of the same air trapped inside the plastic bag, this results to carbon dioxide poisoning. Moreover, this leads to euphoria and impairs judgment; leaving the victim unknowing that suffocation is already occurring.

Suffocation occurs when the air supply to the body, specifically the lungs, is blocked from entering the body. It is different from asphyxiation wherein substances obstruct with the oxygenation of tissue, thus the lungs become incapable of providing the body with oxygen. Suffocation may result to asphyxiation.

There are many causes for suffocation such as choking, liquids blocking the airway such as in cases of drowning, smokes, fume-filled atmosphere and poisonous gases. If poison is inhaled, it may lead to interruption of oxygen absorption in the blood. Immediate action is required to avoid brain damage and worse, death.

Some symptoms and signs of suffocation may include noisy and difficulty in breathing, swollen veins in the head and neck, faster and weaker pulse, restlessness and confusion, cyanosis of the face, fingers and toes, and unconsciousness.

For all victims of suffocation, loosen any tight clothing especially those surrounding the neck. Check for responsiveness. If the casualty is unconscious, position the victim in a lateral position. If there is no breathing but a pulse is detected, give rescue breaths. If there is no breathing and pulse, begin expired air resuscitation (EAR) or cardiopulmonary resuscitation (CPR), if essential. Immediately call for emergency medical services. If consciousness is regained, constantly check and monitor for pulse, airway and breathing until the arrival of help. Place them in the recovery position. Never leave the casualty unattended.

CPR can be applied in many different emergency situations. The current age and situation of the victim will require different CPR methods. CPR classes teach the various ways of CPR. Learning CPR is highly recommended to all.

Let us know if you liked the post. That’s the only way we can improve.
Tweet
‹ Previous Next ›