You Are Here: Home » Being Prepared » How to treat choking

How to treat choking

Choking is the mechanical obstruction of the flow of air from the environment into the lungs that prevents breathing. It can be partial or complete. During a partial choking, there is inadequate flow of air to the lungs. Prolonged and complete choking will result in asphyxia which will lead to anoxia which is very dangerous.

Oxygen in the blood and lungs can keep the victim alive for several minutes after breathing stops completely. Asphyxia is the lack of oxygen or excess of carbon dioxide in the body resulting to unconsciousness and death caused by interruption of breathing or there is an inadequate supply of oxygen.

There are various causes of choking that you have to be familiar with in order to prevent one from occurring. 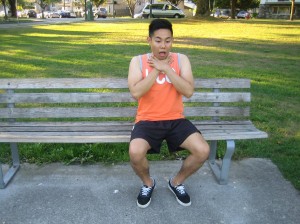 If an individual is experiencing a choking episode, the following signs and symptoms are likely to occur.

If the individual is conscious, the basic first aid is to encourage him/her to breathe and cough. If blockage cannot be removed by coughing, you have to perform the following measures:

If the person is unconscious